A forecast has been launched to help sheep farmers respond to the annual spring disease threat to young lambs as the UK could be in for a ‘high-risk’ season. 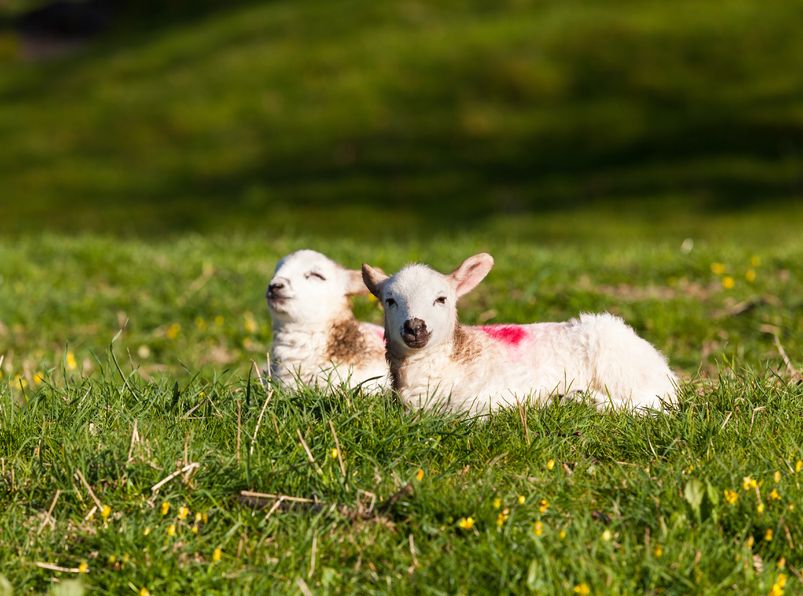 It may not feel like it in parts of the UK hit by ‘The Beast from the East’ and Storm Emma, but spring is just around the corner – and with it the annual deadly threat from the roundworm Nematodirus in lambs.

Nematodirosis is caused by a gutworm, and is a potentially deadly disease affecting young lambs.
Eggs deposited on pasture by lambs the previous year hatch together in spring, triggered by a period of chilling over winter followed by warmer weather.
Young lambs take in large numbers of larvae as they graze, which damage their gut leading to foetid black diarrhoea (black scour) and death.

Responding to the speed with which this parasite can hit, the Sustainable Control of Parasites in Sheep (SCOPS) group is providing a new forecasting tool, developed by the Bristol Veterinary School.

An interactive map with a traffic light system of warnings is provided alongside practice advice for assessing on-farm risk.

‘High-risk season’
Dr Hannah Vineer, Senior Research Associate from the Bristol Veterinary School, who developed the online tool, said the UK could be in for a “high-risk season”, if this late cold snap is followed by a rapid increase in temperature.
“Such conditions will cause the Nematodirus battus parasite to hatch in large numbers, posing a massive threat to lambs aged around four to six weeks,” Dr Vineer said.
“Predicting when outbreaks might happen at a local level is becoming increasingly difficult, due to variation in spring temperatures from year to year.

“Farmers can no longer rely on a standard timetable of treatments to avoid disease, hence the important role of this easy-to-use forecast. Sheep farmers, vets and advisers can all use it to assess regional and local risk.”

The forecast map is updated daily using data from over 140 weather stations around the UK, tracking changes in risk throughout the spring and early summer.
The interactive map allows farmers to select the nearest or most representative weather station, providing advice on how to relate the predicted risk to their particular farm, treatment options and possible management actions.
Lesley Stubbings, independent sheep consultant, speaks on behalf of the SCOPS group, added: “Survey data collected by SCOPS shows more than 90 per cent of users changed their approach to nematodirus control by using the forecast, and many reported a significant improvement in lamb health, lower losses and better lamb condition.”